Our Atlas server is a 3×3 PvE Server with a total of 9 servers instances running together with all quests available and working correctly, ghosts ships, whales, center maw and trading ship routes.
See the Quests section for a detailed list.

Before starting your adventure with Atlas, we recommend looking through basic tips for the start. They will allow you to painlessly enter the world of this massive and difficult title, explaining the most important mechanics governing the gameplay. Here you can find, among others, the information on how to collect resources more effectively or how not to get into a dangerous situation.

How to Get a Sloop Fast in Atlas
Sloops are a type of small ship in Atlas. They are just big enough to get the job done and are among the cheapest ships you can get in the game. The quickest and most efficient way to obtain your very own sloop is by visiting the Shipyardsman at the local Freeport. These merchant NPCs are typically found at the end of the docks.

There are two main sailing blueprints you can buy from the Freeport merchant: a raft and a ramshackle sloop. Though the raft will work for basic seafaring, the ramshackle sloop is what you’ll want to get when you are truly ready to set sail.

The ramshackle sloop in Atlas comes with all the gear you need to adventure on the open waters and sail beyond the starting location. This vessel is outfitted with a deck and two small sails, along with a steering wheel. To build this sloop, you will need to collect the following resources: 225 Fibers, 75 Hide, and 250 Wood.

A nifty trick is to put a Campfire and Bed on it straight away. If you die you will respawn near the bed.

It is recommended that every person who boards your Raft/Ramshackle Sloop carries at least 20 Fish and Animal Meat, 50 Fruit, 50 Wild Vegetables and 5 Full Waterskins and has at least level 5.

In case you want to make Storage Boxes to save supplies and items in one place, you can do so by unlocking Construction Mercantilism discipline from your Skill Tree.

Avoid Power Stone islands marked with a stone icon. In Atlas they are the end game zones with high level animals, Bosses and Power Stones.


The tips for the start are as follows:


*Note:
Alpha Creature / Animal / NPC's are mini Boss in ATLAS. They are different from the other creature. They are surrounded by a golden glow. They've more HP than the "normal" creature and could easily kill you or you tamed creature. But fighting them brings you a lot of XP and much more resources than the normal creature. When you dealt damage to an alpha and it recovers HP you won't get XP for the part you already damaged. They're not tameable! 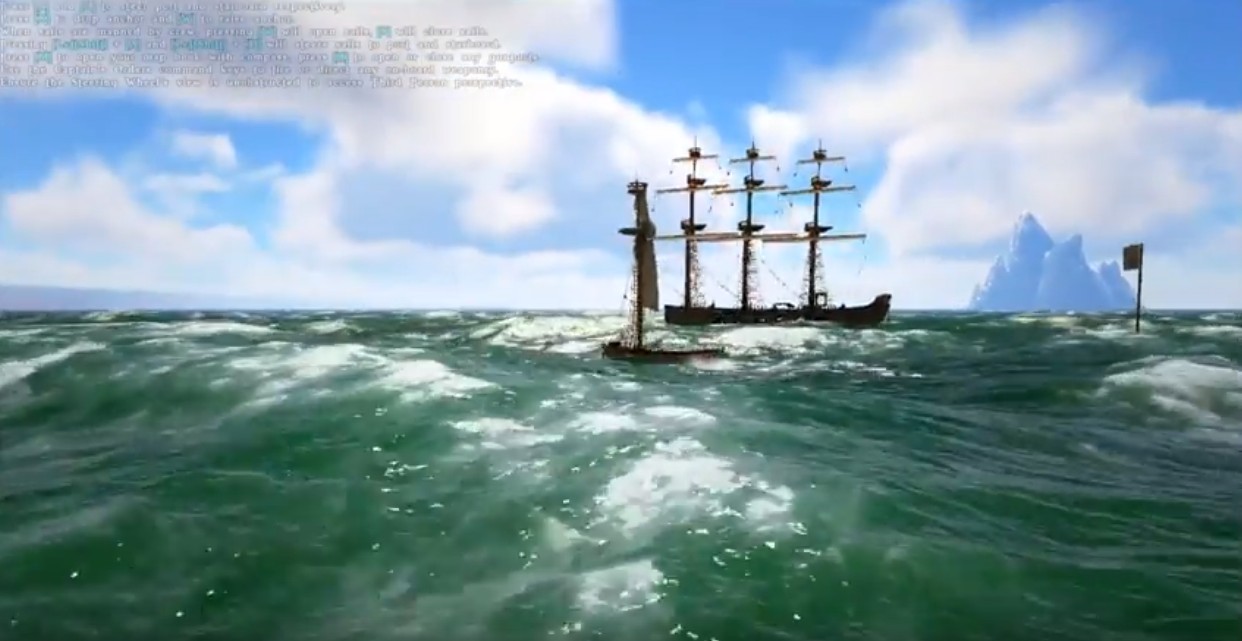 Want to know more about sails? Check this out!!!!! 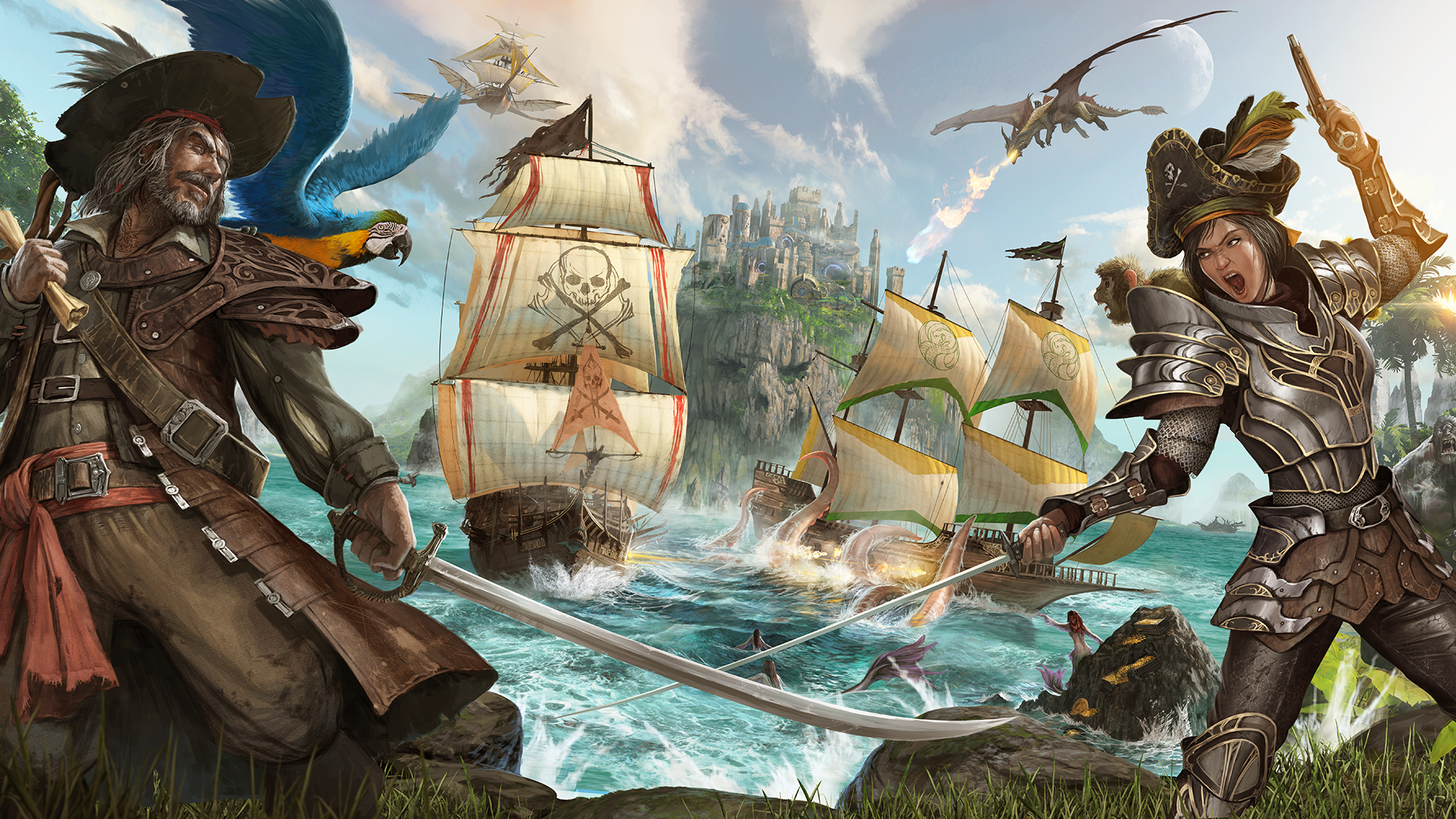 The official trailer :)
Previous Next

The various quests grant skills/passive buffs or unlock new Feats, Dances, Cosmetic changes, and access to new content. To see the list quests you will need to access your inventory by pressing number-pad 8 or by pressing i and switch to the tab Atlas. You can now see the map and your list of available quests.

There are 9 power stones to unlock and each of these have a different color. Each unlocked Power Stone looks like a coloured crystal on your compass.

To obtain power stones, you must first travel to one of the power stone islands and defeat the boss of the island (a Hydra or Drake). Players in proximity of the kill will receive an Artifact Key in their inventory with a 2 hour spoil timer. You then need to locate the entrance to the Artifact Chamber and find the Artifact Altar. Press interact (default E) on the altar will give you the power stone which you can then find on your Compass.

Having all 9 stones on your compass will trigger boss event in the middle of the Center Maw. You have to look for a water vortex. When you are on top of it the Kraken will emerge. He will also spawn Ships of The Damned so be prepared to face these every 2nd odd phase. Wind will push your ship in the opposite direction so sailing is a lot harder during this event. The Kraken will also start shooting giant homing lightning balls at his aggro target. From now on you have 1 hour to finish him. You can not damage the Kraken directly. Target its tentacles to force him into even phase. Each even phase looks the same – The Kraken almost dies but its saved by an entity. This entity spawns force fields around itself and the boss. You have to damage it or it will heal the Kraken. After this phase the fight returns to odd phase but some tentacles might be empowered with electricity or behave more aggresively.

Journey of The Gods

Boss fight has a 1 hour Arena timer to complete. Activated lights in the boss arena now power a shield that maintains the Snowman's ice armor. Killing a round of minions will disable the shield, prevent minion spawns for a short duration, and allow the ice armor to receive damage. When minion cooldown is over, shield reactivates. When ice armor reaches 0, Snowman's health can be damaged directly and no more minions will spawn until the next health state. Upon entering each new health state, 1 extra minion will spawn at a time, and an increased amount of minions will be required to be killed for the shield to be deactivated/start minion spawn cooldown. When in the last health state and ice armor is destroyed for the final time, chaos ensues, and minions will continue to spawn until the boss is killed. Progress of minions to kill and ice armor are shown via floating hud.

Whether your mind echoes with questions, or your soul seeks for answers untold, stay awhile and write us down your request.
If a bug is what bothers you, it shall be purged into eternity via your precious feedback.
By all means, if you wish to present us with a review only a true Master gamer would, enlighten us so we may bask in its light..

By all means, contact us. We are always listening...